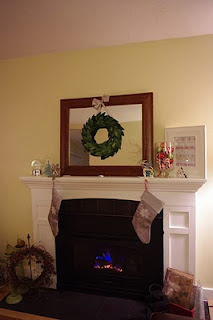 I LOVE, LOVE, LOVE having a gas fireplace! Turn up the thermostat and, poof, instant fire. Makes January just a bit more bearable. Thought I'd share the process with those of you who may be wanting to swap out your 1960's woodburning fireplace. 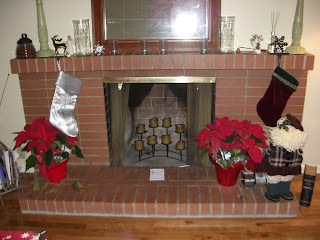 Before: A giant fireplace that I never used. The brick measured almost 7 feet across. 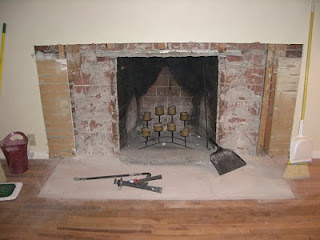 Taking all the brick down was the easy part. It came off with a pry bar and hammer with no problems...getting rid of it a few bricks at a time in the garbage can took months (sneaking a few into the neighbors cans when it looked like they had space helped). 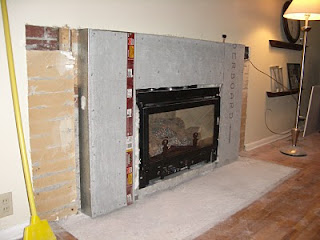 Built a new surround for the gas fireplace using Wonderboard in preparation for the new tile. Then thanks to Bennion Fireplaces (note: they have since closed their shop) in Salt Lake for the install of the gas insert. If I had liked the brick, this whole project would have taken about an hour...but I didn't, hence the giant construction project. 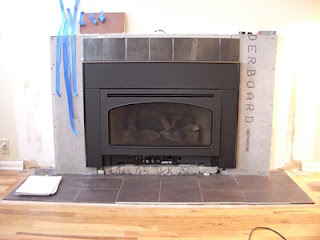 The original plan was to fill in some of the hearth space with wood floor from pieces salvaged from a neighbor's remodel to create a smaller hearth, BUT when I discovered an overabundance of concrete under the brick, I had to change my plan. Instead I laid new slate-looking black tile over the concrete. I also put the tile up above the fireplace opening leaving them whole, and then cut the decorative wood piece curved, just tricking you into thinking that I cut each of those tiles into nice curved pieces. I also spent a couple weeks patching the holes in the drywall left by the extra-wide brick that I tore out. 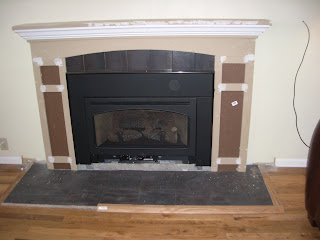 My super talented brother Steve came from Idaho Falls to help me create the surround of my dreams (I drew the pictures, and helped hold things up while he used the nail gun). The mantle cost a total of about $60-used a piece of MDF on the side and top, a piece of hardboard and poplar trim for the square pillars on the front and a bit of crown molding across the front. The tiles were about $40. (the gas fireplace and install was quite a splurge, but the pretty parts of the trimout were a bargain). Some sanding, caulking and 3 coats of semi-gloss white paint and I've got a fireplace that is timeless.

Posted by Stephanie at 5:30 PM

Stephanie!! What a great transformation. I love that you took a fireplace that you didn't use and transformed the look, PLUS made it usable. Great job!!!

Wow! The transformation was remarkable! It created a stylish and classy appeal to your interior design! Steve was indeed a big help! Good job!

I love your gas fireplace too! Who would’ve thought that this was done by your average Joe? Everything looks so neat, and polished! Good job to the both of you!

Thanks for the positive comments...I really love the fireplace. When its been -2 degrees this week, it sure has been nice to park it in front of the fire.

I've been featured on...

Stephanie
I'm Stephanie, thanks for stopping by my blog! While my full time job keeps me busy, I like to document the occasional project (even if its mostly just to house recipes for my friends and family).